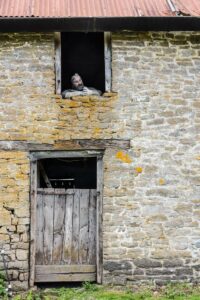 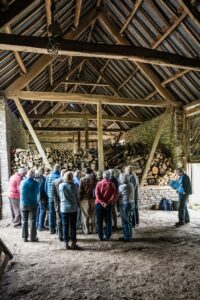 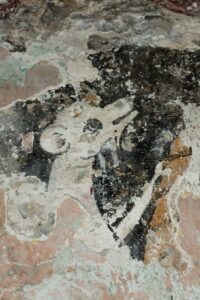 The first Radnorshire Society visit of the 2017 season was to the Ciliau near Erwood followed by a walk up Twyn y garth. At the Ciliau we were welcomed by the owner Mr Roger Capps who has lived in the house for several years. The house was originally a C16 open hall house with an integral chimney. Wall paintings probably dating from the C16 have been uncovered and are one of the most important features of the building. Later the ceiling and stairs were added to the hall, with other alterations in the C18. With nearly 40 in the group, it was split into two with some viewing the interior of the house, while others looked around the outside and the farm buildings. Much of the information about the Ciliau came from Richard Suggett’s book “Houses and History in the March of Wales: Radnorshire” which features the ‘Ciliau’ on the front cover.

More than half of the group decided to take the walk up to Twyn y garth, where they enjoyed wonderful views along the Wye valley. They enjoyed a picnic in the shelter of the ditch surrounding the ringwork ‘castle’ at the top. They heard the story of the German Field Gun which was mounted at the top in memory of the men from Llandeilo Graban who were killed in World War I. It was a very interesting outing with accommodating weather adding to it’s success. 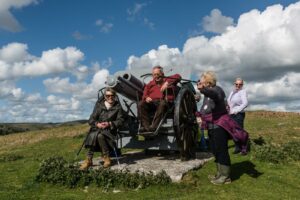 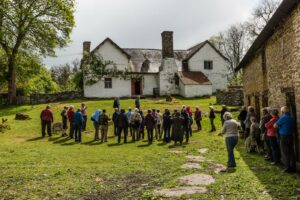 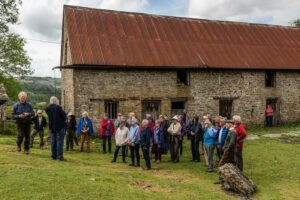