2019 Events Programme: shortly to be removed 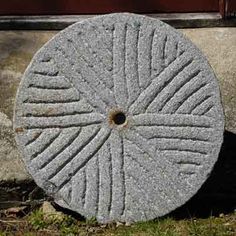 Mills of Radnorshire and The Marches

We are very lucky in being able to have national mills expert to speak to the Society at our first meeting of 2019
Alan will  give an illustrated talk on the Mills of Radnorshire and the Marches.
Alan was the English Heritage Mill expert, also owning and milling at his own mill in Hertfordshire before moving to north west Herefordshire. He is the author of many articles and books on mills. He was instrumental in setting up the National Mills Open weekends in Herefordshire and Shropshire run by Society for the Protection Ancient Buildings.  This year will be his last one doing this. A list of the mills open this year will be available at the meeting for members information. This year Alan was appointed an MBE for his services to Water Mill Heritage. A chance to see the recently completed, 6-year refurbishment “Story of Wales” galleries designed to reflect society and be for society in the belief that culture belongs to everybody.

Full details to be announced nearer the date.

Bookings must be made by 12 April, booking forms available from Penny Everett, by email to pyecorner1@hotmail.co.uk or by phone: 01597 851594. Mr Purcell used to produce radio and television documentaries for the BBC. He has spent three years researching the history of The Mid Wales Hospital at Talgarth, which is situated near to where he lives. Hugh will show how the treatment of mentally ill patients has changed radically from the opening of ‘The Mid Wales’ in 1900, to its closure in 2000. Hugh will describe the methods that he used in researching the evidence for his book, Up Top: From Lunatic Asylum to Community Care. He will present his talk as a Power Point Presentation at our new venue, the recently refurbished Llanyre Church Hall. Hugh has written six books on different aspects of history. Our recently retired Honorary Secretary, Colin, has scoured the county and photographed fifty elementary schools. His talk will illustrate the evolution of elementary education from the ‘Voluntary Era’, up to 1870, when schools were mostly National Schools, controlled by the Church, through the ‘School Board Era’ from 1870, when the first attempts were made to make education compulsory, to the era of LEA (Local Education Authority) control from 1902. The talk will be copiously illustrated, will include brief anecdotes about each school and will conclude with very brief reference to the existing 14 primary schools in Radnorshire.